Seven years ago, I started a project called CompositePage.  It added a drag and drop UI to Zope 2.  Others built on it and created CompositePack.  I applaud them for their efforts.

I saw an implementation of a much better idea a few years ago.  The better idea is to present a greatly simplified representation of the page when in design mode.  Ideally, the simplified page should contain only basic colors and fuzzy text, so as to draw the user’s attention to the widgets, not the page.

Now it just occurred to me that CompositePage could implement this idea easily by letting developers define two templates per layout: the real template and the representative design template.  Why didn’t I think of that before?  That would be quite friendly. 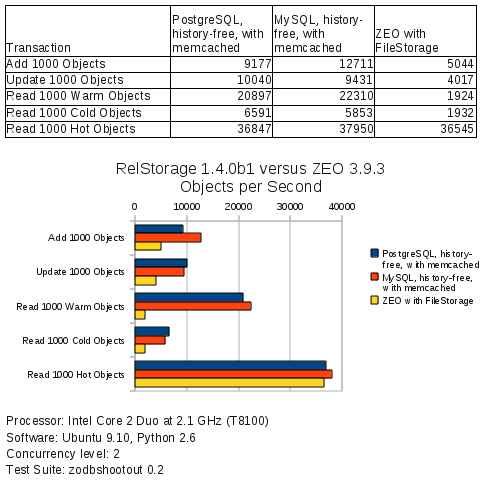 I’ve been racking my brains to find something to present at PyCon 2010. I have been trying to find something good to present since PyCon 2003, when I last presented at PyCon.  (I talked about Ape, the Adaptable Persistence Engine for Zope.)  I really liked the experience of presenting and it led to a lot of interesting conversations. Since then, however, nothing has really struck me as a good idea for a presentation. The right idea has to fit at least these criteria:

This year, I was planning to do a really fun presentation by writing some Python scripts for controlling a RepRap, then I was going to present the hardware and software.  That didn’t work out, however, because the warping issues with ABS (a type of plastic) are just too severe to print useful parts, so my RepRap has sat idle.  (I’m now considering PLA, but it’s a newish and expensive material.)

Here are a few other ideas for a presentation topic.  What do you think?  Any other ideas?

Packt Publishing asked me to review their new book, Practical Plone 3: A Beginner’s Guide to Building Powerful Websites. The book impressed me, but not in the way I expected at first.

As I read the instructions in chapter two about how to install Plone, I considered the experience my Dad would have gone through if he had this book when we were setting up Plone to run his company’s web site. My Dad is a power user, but not a programmer or systems administrator, so with this book, he probably would have installed Plone himself on a spare Windows computer. This book would have provided him enough direction to set up a lot of the functionality he needed, without my help. He would have immediately started publishing pages with Plone’s many features.

However, I imagine that a short time later, something would go seriously wrong. The computer’s IP address would change because the DHCP lease expired, the database would lose some transactions due to some misbehaving application, or a mischevious virus would rename files with a “py” extension to “rb”. All of those problems are outside Plone’s control, so this book does not try to address them.

Plone beginners like my Dad are not prepared to handle the problems that occur when a computer is used as a web server. In that light, I wondered if it really is possible to run Plone (or any content management system) without deep technical experience. I thought for a moment that this book is not for beginners after all.

Even after that logic, I decided I still want very much to give my Dad a copy of this book next time we set up a Plone web site. He will read it to find out what the latest version of Plone can do. He will install it on his own computer for his own education, but I will set up the production web site on a server.

The first twelve chapters (250 pages) are intended for Plone users. Beginners will enjoy all of those chapters, I think. As I read them, I even picked up a few things I haven’t learned, like how to use content rules.

I think beginners might struggle the most with chapter nine, which explains how to control workflow. Controlling workflow in Plone is not as easy as other Plone functions, because Plone falls back to the less polished Zope Management Interface for workflow design. Matt Bowen handled the difficult topic gracefully.

The rest of the book (almost 300 pages) is for developers, not power users. The contrast is sharp. While the first half of the book tells the reader what buttons to push, the second half tells the reader how to modify their Buildout configuration and what to type in a terminal session.

Each chapter is written by a different author. I noticed two interesting effects of multiple authorship. First, each author is enthusiastic about the particular topic, so even LDAP (which I generally find quite boring) gets a chapter of quality treatment. Second, there is more redundancy than you would find in most technical books, but redundancy is probably good in this case.

I do have one quibble with the book’s organization. When the technology behind Plone was invented, CSS was still a baby and browsers did not support it well. Back then, changing a site’s appearance meant changing nested tables in HTML, so the developers of Zope (including myself) invented ways to manage that task. That is how the portal_skins tool came about. The theming chapters explain how to use the latest version of that technology.

Today, we can expect all of our customers to use browsers that support CSS, so the chapters on theming should start by explaining how to customize the web site’s CSS. Developers will make much faster progress that way than if they have to learn the many theming-related abstractions Plone has today.

In conclusion, Practical Plone 3 is more than just a beginner’s book. I plan to use this book as a communication tool with my Plone customers. The book is a menu telling my customers who are beginners to Plone what we can set up together without a lot of work. I will also use it to help developers come up to speed on Plone.

I have been doing a lot of testing, and I have found MySQL 5.1.34 to be a lot more stable than earlier releases of MySQL 5.1, so I am now declaring MySQL 5.1.34 and above supportable, meaning that if you ask questions about it, I am no longer going to request that you revert to MySQL 5.0. 🙂

Finally, I recently expanded my private RelStorage Buildbot to include a Windows XP slave.  After solving a couple of minor test glitches, the test results are now all consistently green on 4 platforms:

I’m thinking about adding another Linux slave that runs MySQL 5.1 and Python 2.6.

P.S. You may be wondering why I released 1.2.0b2 instead of 1.2.0b1.  A little slip ruined the web page on PyPI, so I fixed the slip and skipped to the next version number.

I have been working on a project based on repoze.bfg. BFG is a system for building web software and it has deep Zope roots.

(Incidentally, the BFG 9000 weapon in Doom and Quake is quite fun.  For stress relief, it’s better to play against the computer rather than people on the Internet because the computer has no lag.)

END_OF_DOCUMENT_TOKEN_TO_BE_REPLACED

These step by step instructions describe how to install Plone on Ubuntu with RelStorage connected to MySQL as the main database. Familiarity with Linux systems administration is expected. Update: These instructions were revised in August 2009 for Plone 3.2.3 and RelStorage 1.2.0.

END_OF_DOCUMENT_TOKEN_TO_BE_REPLACED

I’ve been working on a document explaining how to install Plone with RelStorage, starting from a basic Linux server.  As always, the basic procedure is simple, but there are all sorts of interesting little complications.  One detail that bugged me today is the need for a shared session database.

Session storage is a little different from normal storage because keeping a history of session state becomes expensive quickly.  For session storage, I think we still want all the goodness of ZODB transactions, conflict detection, distributed caching, and so on, but in this case, the ability to undo is pointless and the need to pack is a liability.

The database schema I’ve been using in RelStorage is a mismatch for this need.  A history-free storage should not have a “transaction” table, there should be no need for MD5 sums and prev_tid pointers, and the compound primary keys consisting of oid and tid should become simple primary keys indexed by oid.  A history-free storage still needs garbage collection, but not packing.

I’m thinking that the main RelStorage class will need few changes to support history-free storages, while the database adapter class will change so much that it would be best to just create a different adapter.  I like that.  It won’t be possible to switch history on and off without an export and import operation, but that seems reasonable.  To put a positive spin on the new adapters, I think I’ll call the new adapters “packless”, like the old BerkeleyDB storage.

I think that’s a good plan.  While the purpose of the packless adapters is initially session storage, they will certainly be also usable for other databases, including the main database.  I expect them to be slightly simpler and faster than the history-preserving adapters we have now.

I encourage anyone interested to leave a comment, even if all you wish to say is “I want that!” 🙂

At the Zope sprint held during PyCon 2009, we had a multi-day discussion about the Zope publisher.  Some people were expecting a fight between Jim and me about the best way forward.  So what happened?  Read on!